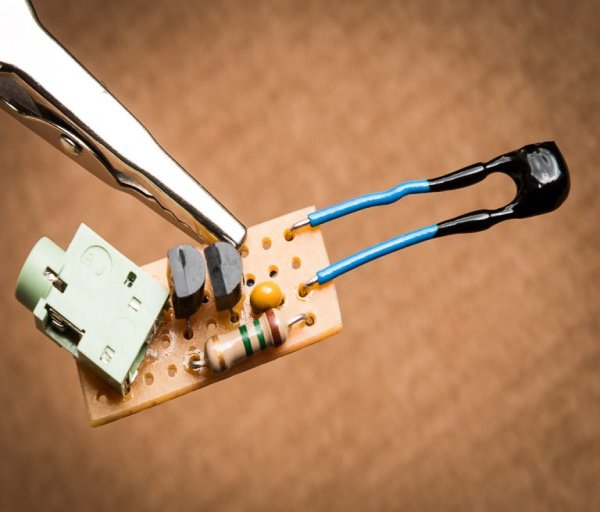 Exactly 30 years ago a great disaster struck the region of Chernobyl: a nuclear accident occurred that released a large quantity of radioactive particles into the atmosphere. And it is only five years ago that, with the Fukushima Daiichi nuclear disaster, a second similar catastrophic event has taken place.

These anniversaries did not directly let me build a PIN Photodiode based Geiger Counter, it is more or less a coincidence. The main drive to build such a device was my curiosity and (please forgive me) a fascinating green glow I’ve seen on various fluorescent Uranium minerals under UV light. But in this context it should not be forgotten that at present there still is a significant increase in background radiation in some regions and some agricultural products due to these events.

There are lots of descriptions of how to build such a device; even cheap commercial products (e.g. the Smart Geiger) use such a design. Especially two sites caught my attention: OpenGeiger.de and Das Gammastrahlen-Mikrofon (German). The design I’ve chosen is based on these sources but I’ve begun to further modify it. In this post I’m showing the design I’ve started with. It mainly relies on two BPW34 (Vishay Datasheet) photodiodes connected in parallel, and two transistors to amplify the voltage fluctuations of beta and/or gamma rays striking the diodes. A 9 Volt battery was added to increase the pulse height.

The common approach to protect the photodiodes from light is to use one layer of tin foil and connect it to ground. This should also protect the circuit against electromagnetic radiation. I’ve started with something different and dipped the diodes three times into liquid rubber (Plasti Dip). My hope was to at least allow some beta particles to reach the semiconductor material.

So far I’ve tested the basic design shown above and had mostly noise on my microphone input. I’d say that sporadic crackling has more to do with the 1 hour hacked together design than beta or gamma rays. The liquid rubber seems to block of light, but the simple design is sensitive to electromagnetic radiation. Waving your hand or even movements in about 1 m distance is visible in the sound profile. An additional tin foil shield connected to ground did not change the noise profile, although the EMR influence was reduced. I’ve tested it with two different sound cards (microphone inputs).

The Raspberry Pi sense hat was released back in 2015 and is an incredibly cool device that allows you to...