In this tutorial, I am going to show you how to build a simple application that detects motion and sends notifications to the your smart phone using a Raspberry Pi and camera module. If there is something or someone moving in the camera setup’s field, you will get notified to your phone or web browsers. 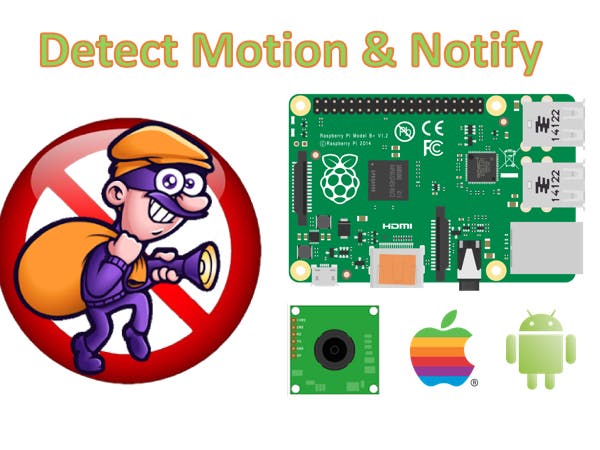 The notification comes with text, still image, and video that you can view it right on iOS or Android. The application is pretty simple. It utilizes the free software and services such as picamera, ffmpeg, and pushbullet.

I will walk you through the architecture, flowchart, and explain the main Python functions. At the end of this video, you can build your own application or customize the already built one as you wish.

Or you can buy all-in-one set here.

This section explains the specification of application including app structure, and general flowchart. You will have a clear vision about what application does.

There are 3 actors that play together to build up the application: 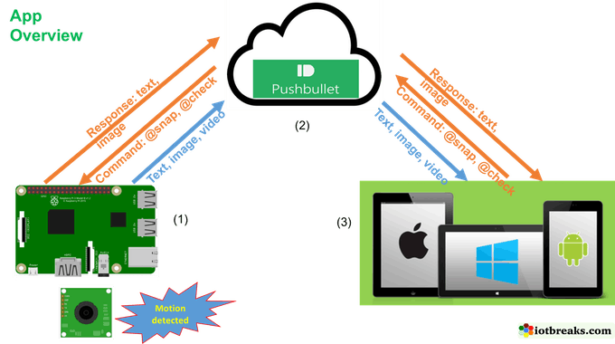 When the script launches, it takes 2 seconds to warm up the camera to make sure everything works properly. Then it jumps right into motion scanning. If moving happens, the Pi will capture a still image and send notifications to the phone immediately. At the same time, Pi keeps recording the moment for a few more seconds. After that amount of time, if movement is still there, Pi re-captures a new image and sends a new notification. Until there is no more motion, the recorded videos will be pushed to mobile to confirm the motion has ended. The system goes into motion scanning state. The program loops again and again as in this flowchart.

Software Used 1. Raspian OS This is the recommended OS for raspberry pi. You can also installed other OS from...