Building displays out of LEDs can be fun, but quickly becomes tedious as the pixel count increases. At this point, it’s worthwhile investing in off-the-shelf panels that have everything pre-soldered and ready to go. [Tom Hammond] wanted to run a P5 panel, and put a Raspberry Pi to work to get it going. 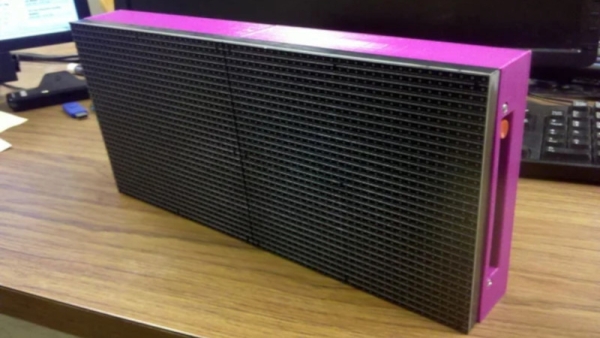 P5 panels are so-called for their 5 mm spacing between LEDs. The panels in question are built with RGB LEDs, allowing full-color graphics to be displayed. In this build, a 64 x 32 panel is used for a total of 2048 pixels. A Raspberry Pi Zero runs the display, using its GPIO to clock out pixel data. Software designed for Christmas light displays is used to program the light show, with xLights being the choice in this case. It’s all wrapped up in a tidy 3D printed frame, and the final product looks remarkably well put together.

It’s a great way to get familiar with P5 panels, and an excellent starting point if you’re contemplating a larger build down the track. If you’re going all out, consider how to make the most of your install from an architectural perspective. Video after the break.

Thanks to the relatively low cost of the Raspberry Pi and high resolution LCD screens, “smart displays” have become a...