The basic idea of this project was to turn off a number of lights in a convenient store when the ambient sunlight is sufficient to keep the brightness level above the store’s minimum brightness standard. Here’s a diagram of the system 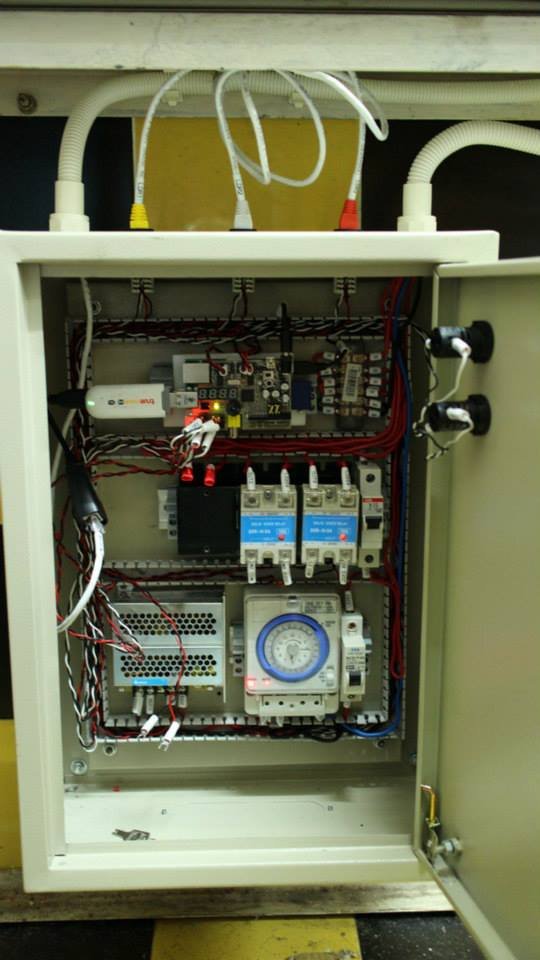 The main compenents of this project are as follows:

Here are some photos of the system

Control Box. The Raspberry Pi and PiTopping is shown in the top part of the control box. A USB 3G aircard is used to access the data online. Relay switches in the middle row were installed to control the store lights. 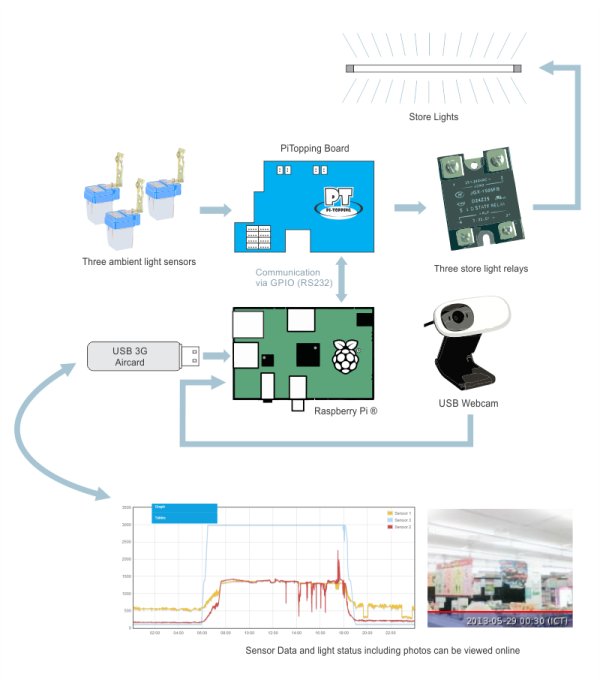 A USB webcam was used to snap photos of the light bulbs and make the photos available online.

Two light sensors was placed on one of the store shelves.

A light sensor being installed outside the store to determine the amount of sunlight outside.

For more detail: Energy Saving in a Convenient Store

Connect an ESP8266 to your RaspberryPi