The GPS module for Arduino and Raspbery Pi is a small electronic circuit that allows to connect to your Arduino/Raspberry Pi board to get position and altitude, as well as speed, date and time on UTC (Universal Time Coordinated). It uses the standard NMEA protocol ( http://www.nmea.org ) to transmit the position data via serial port. 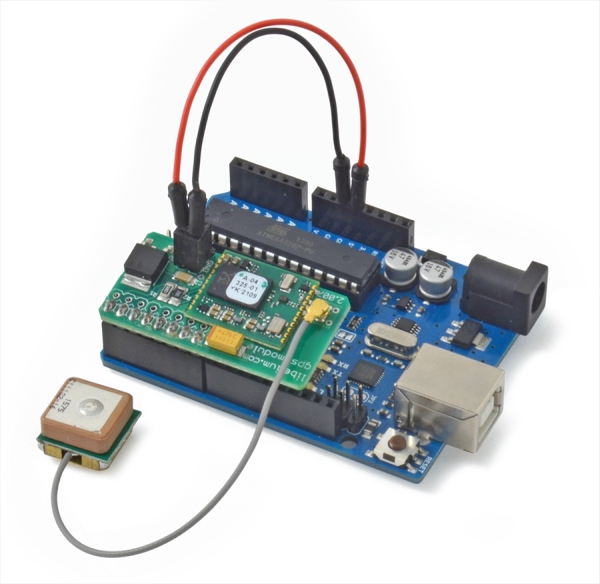 Now you have two options: you can upload a “BareMinimum” to Arduino or remove the Microcontroller (Atmega328) from Arduino to use it in gateway mode.

Once the GPS is connected you have to connect power to it. Using two small wires (red for 5V and black for GND). See the picture.

For connecting the GPS module to a Raspberry Pi we need to use the Rx and Tx pins of the shield.

Once the GPS is connected, you have to connect power to it. Using two small wires (red for 5V and black for GND). The switch in the connection bridge must be at the right. See the picture.

Getting GPS NMEA sentences in gateway mode with Arduino

Finally, plug the USB cable to your computer and open a terminal program to listen the serial port. Use the following serial port configuration: 4800 baud, 8 data bits, no parity, 1 stop bit, no flow control.

You’ll see the NMEA sentences coming from the GPS module. 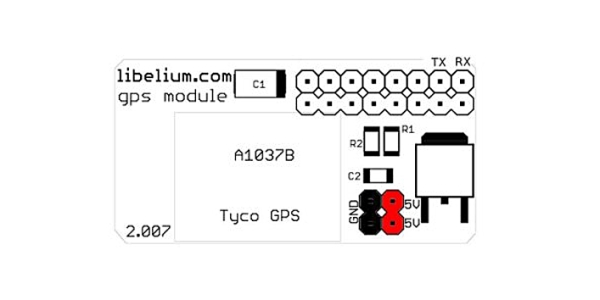 Getting GPS NMEA sentences in gateway mode with Raspberry Pi

To stablish UART connection with the module you can use several programs as cutecom in Raspbian graphical environment or minicom in a terminal window in order to use it via SSH . For using minicom follow these steps:

For more detail: GPS Module for Arduino and Raspberry Pi

Rev B of the raspberry Pi ships with a 26 pin GPIO port and my first dilemma after bringing up...