I’m always on the lookout for those teachable moments. Inspiration struck me when my 5-year-old asked for help in keeping his little brother from sneaking into his room. I spotted the perfect time to teach him about inputs, outputs, and programming. Learning is easier when the lesson centers on solving a personal problem.

I could have built a simple alarm system any number of different ways, but I knew that I wanted the system to be an all-in-one unit for versatility beyond my son’s original request. I chose the Raspberry Pi as the controller because it is easy to connect to the internet, it can play MP3 files, it interfaces with USB peripherals like cameras, and it has general purpose inputs and outputs for connecting to simple electronic components like buttons, sensors, and lights. 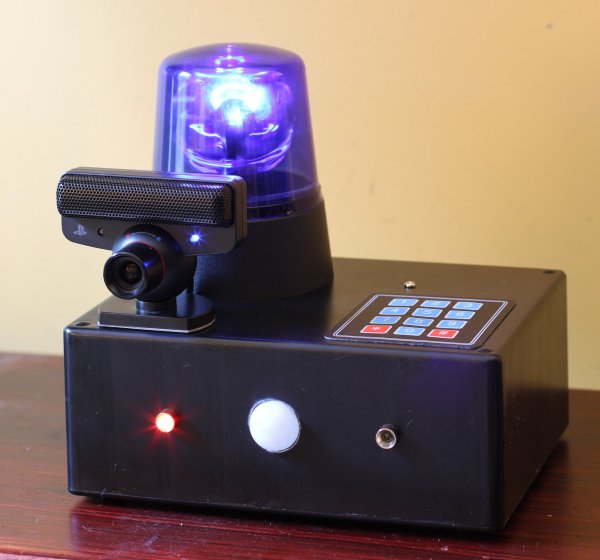 My alarm system’s code, which you can view on GitHub, is rather simple. To take advantage of Linux’s multithreading, I split the tasks between two Python scripts. One python script (keypadd.py) monitors the keypad for valid codes. Upon boot, the system is set up as “disarmed”. Anytime the arm/disarm code is detected, it toggles the status of the system by flipping a byte in a text file called “armed.txt”.

During the course of the project, I ran into a few challenges that influenced my design decisions:

There are more advanced Raspberry Pi alarm systems out there, but I hope I’ve showed you how easy, fun, and educational it can be to make your own. Now get to it, and report back.

This instructable will show how to stream a Raspicam to a web using a Raspberry Pi and the UV4L driver....