There are several single board computers that come with NVMe SSD either directly like on ODROID-H2 SBC or indirectly via an expansion board such as M2X extender board for Khadas VIM3.  But if you’d like an enclosure for your system it either further adds to the cost, or you need to develop the case yourself.

If you’d like an SBC that takes an NVMe SSD in a fairly compact enclosure and at a affordable price (under $100 excluding the SSD),  NanoPi M4 metal case kit looks to be a good option and sells for $28 with SSD adapter and fan, or just $26 if you already own the SSD adapter. 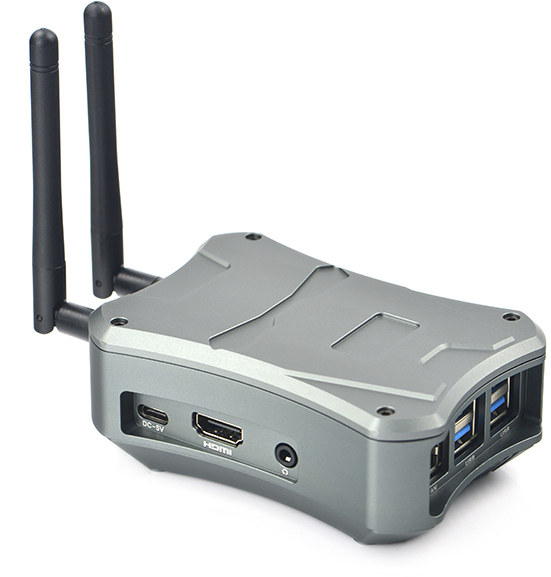 As a reminder, NanoPi M4 is a Rockchip RK3399 SBC that mostly follows Raspberry Pi form factor comes with 2GB or 4GB RAM with price starting at $50. See NanoPi M4 specifications for more details. One selling point of this board is that Rockchip RK3399’s PCIe signal are exposed through the I/O header, and so far you could get an NVMe SSD adapter for $4.99 that should provide better performance than USB solution., but you had to make your own case. 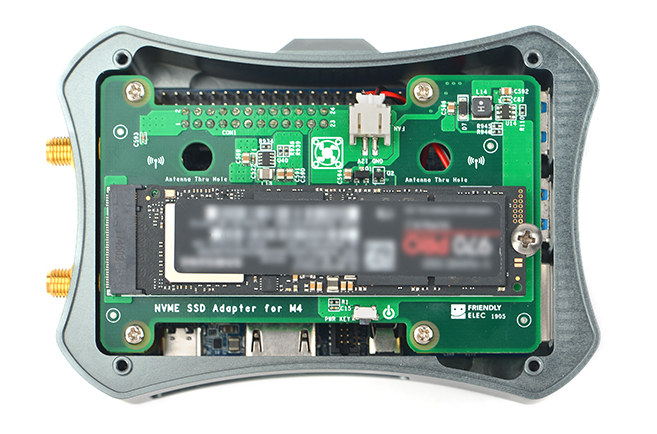 Note the NVMe adapter also include a PWM connector which takes care of controlling the fan if the processor temperature gets too hot.

The total cost excluding the SSD itself and power supply, would be $78 with a NanoPi M4 (2GB RAM) board and the metal case kit.

If you are interested in some performance numbers about the SSD, I did not find any independent benchmarks with NanoPi M4 + NMVe SSD, but one person posted iozone benchmarks for NanoPC-T4 RK3399SBC with NVMe SSD compared to Samsung 850 EVO SSD connected over USB.