The Raspberry Pi Foundation has released more details about the latest generation of Raspberry Pi powered Astro Pi computers which are now on the International Space Station (ISS) ready to accept projects. Equipped with a host of sensors and housed inside specially designed “space-ready” cases the latest Astro Pis are now ready to run young coders computer programs as part of the European Astro Pi Challenge. Check out the video below to learn more about the Astro Pi computer. 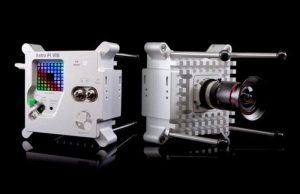 If you haven’t yet signed up to take part in the latest round of space coding challenges you have until March 18, 2022 to register for the 2021/22 round of Astro Pi Mission Zero. “Mission Zero is a beginners’ coding activity for all young people up to age 19 in ESA member and associate states. Mission Zero is free, can be completed online in an hour, and lets young people send their unique message to the astronauts on board the ISS.”

How the Astro Pi was made

“In December 2022, we sent two special Raspberry Pi computers up to the International Space Station for the European Astro Pi Challenge, which gives young people the chance to write code that will run in outer space! Here’s the story of how these two Astro Pi computers were build. The European Astro Pi Challenge initiative is brought to you by a collaboration of the Raspberry Pi Foundation and ESA Education.”

“There are two challenges for Astro Pi: Mission Zero and Mission Space Lab. Young people aged 19 or under can participate in one or both. In Mission Zero, suitable for beginners, young people write a simple Python program that takes a sensor reading and displays a message on the LED screen. Mission Space Lab is for teams of young people who want to code their own scientific experiment for the Raspberry Pi computers aboard the ISS. “

WHAT IS TURNKEY PCB ASSEMBLY?

PCB Assembly is a process that requires knowledge not just of PCB components and assembly but also of printed circuit...