Raspberry Pi’s line of low-cost single-board computers may not be the only game in town, but their $35 price tags, high level of community support, and small size make them ideal for DIY projects… like building your own server for decentralized web applications. 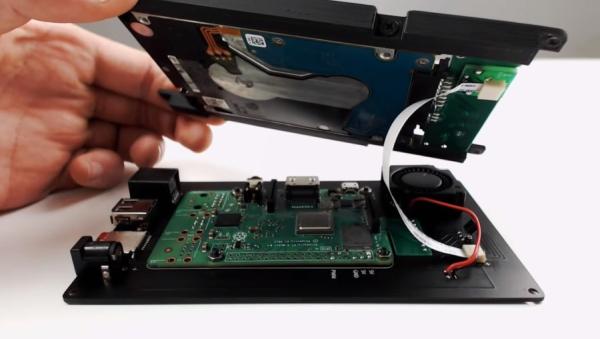 The NODE Mini Server V2 is, as the name suggests, an update to an earlier DIY server. But it’s a pretty nifty looking device that packs a Raspberry Pi 3, a 2.5 inch hard drive, and other components inside a tiny 3D-printed case.

It’s not the simplest DIY project I’ve ever seen, but there’s something kind of soothing about watching the build process, which start at about 4:50 in the video below.

Basically the Raspberry Pi is housed between top and bottom custom printed circuit boards (PCBs) that make up the top and bottom of the case, although you’ll also need a bunch of other components — you can find the complete list at NODE’s website.

There are some air vents on the top and back of the case, and cut-outs that leave the USB, Ethernet, and SD card slots accessible. Speaking of the ports, they’re actually been separated from the Raspberry Pi itself to help with cooling and reduce the profile of overall size of the NODE Mini Server.

A fan is also placed on the opposite side of the NODE Mini Server V2. You can optionally wire it to the Raspberry Pi’s GPIO pins for more advanced functionality.

Since the designs for the case and printed circuit boards used in the NODE Mini Server are open source, you can modify them for custom cooling solutions or to make room for your own custom PCBs. And if you’d like to use something more powerful than a Raspberry Pi, the system can also be modified to work with an Asus Tinker Board or another single-board computer.

If you’re doorbell could do with a little 21st-century makeover you may be interested in a Raspberry Pi video doorbell...