As I’ve been working on my own Pi projects, I’ve been discovering many little tricks and tips by scouring various websites and assembling information, testing and optimizing.

So, here is another one of my “meat-and-potatoes” Raspberry Pi Instructables.

This Instructable will show you how to setup your Raspberry Pi to automatically launch a Python script upon startup.

First of all, I know this is a lame picture. If you can come up with a better one, I’m open to suggestions.

The Arduino has auto-launch built into it; the Pi does not. This will make your Pi a more powerful electronics platform and is essential if, for example, you want to use your Pi as a video kiosk using GPIO controls.

I’m using the Mac OS for this guide, but you can extend the principles to other operating systems. 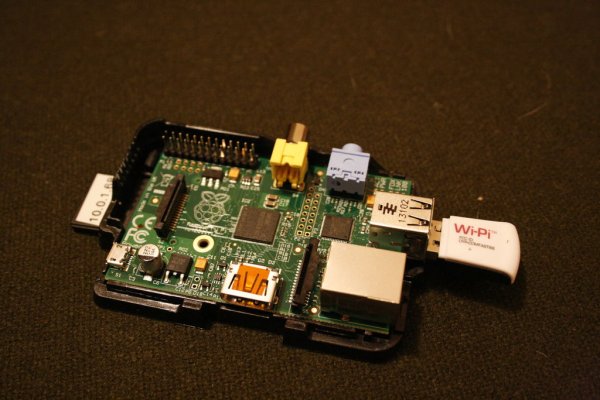 My python script is called : bbt.py and lives in a directory called bbt that is in the root directory. You can substitute your own director/Python script name instead of using mine.

We will use the Linux crontab to run the Python script.

I’ve had trouble with crontab and directory management and my solution is to amke a shell script, which always navigates to the proper directory and will launch my bbt.py Python script.

I’m using ssh to access to Raspberry Pi. My IP address for the SD card for this is 10.0.1.68. Your IP address may be different — just change the address accordingly.

Open the Terminal window and on the command line, type:

If you are running directly hooked into the monitor, you can skip this step.

Will launch your editor, type in this script

We need to make the launcher script an executable, which we do with this command

Now test it, by typing in:

This should run your Python code.

We will get to using crontab in a minute, but first we need to make a directory for the any errors in crontab to go.

Navigate back to your home directory:

Step 4: Add to your crontab

crontab is a background (daemon) process that lets you execute scripts at specific times. It’s essential to Python and Raspberry Pi. The details are confusing, as is often the case with Linux. Once I got the hang of the format, I’ve found it to be incredibly easy to use.

Here’s the Linux reference and here are some more crontab examples.

This will brings up a crontab window.

What this does is rather than executing the launcher script at a specific time, it will execute it once upon startup. 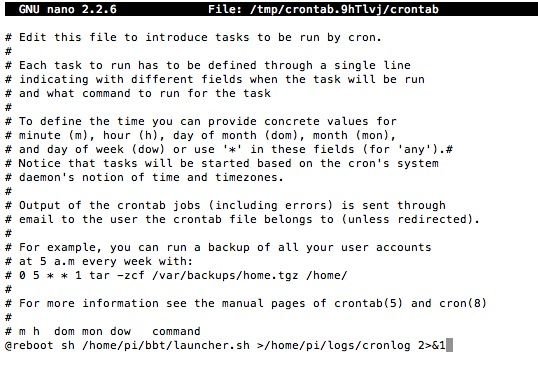 Step 5: Reboot and see if it works

Unplug the power or just type in:

Wait for startup and see if your script automatically launches.

If it doesn’t work, check out the log file:

This will show you any errors that you might have.

You’ll want to have an easy way to exit the code, so that you don’t get stuck in an endless buggy loop.

The way I do this is to plug in the keyboard (not plugged in for standard kiosk usage) and exit the script this way.

In a standard Python script, you can always hit cntl-C, which will exit.

If using the pygame libraries, you can do an exit on keydown, such as:

Raspberry pi is a mini computer that can be carried easily. Usually people use Raspberry Pi as an embedded platform....