Both CPU and graphics processor are Broadcom chips. 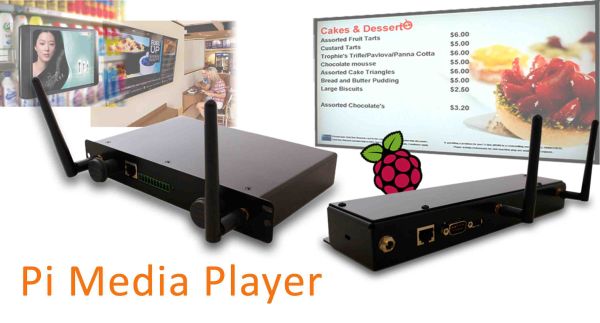 According to Pete Warden, chief technology officer at Jetpac, Raspberry Pi can be used for image recognition systems due to its embedded GPU for heavy lifting on the math side, to process a frame in around three seconds.

Anders Electronics is another company impressed by the Raspberry Pi’s GPU.

With its embedded computing subsidiary TinyGreenPC, AndersDX has come up with a digital signage media player which also makes the most of the GPU on the Raspberry Pi computer.

“The Raspberry Pi has a hugely powerful graphics processor on board, which is fully capable of matching a high end dual or quad core x86 PC in terms of quality of graphics and video output,”

With design firm Silver Curve, Anders has created a graphics engine that harnesses the full power of this processor to display complex digital signage content.

The GPU has the capability to provide profession-class features like multiple zones, multiple layers, smooth animation and cinematic effects such as depth of field.

The Raspberry Pi based player is available fully cased as a stand alone media player or an OPS media player based on Intel’s specification.

Metal case turns Raspberry Pi B+ into a security camera

Elson Designs has experience of designing cases for the Raspberry Pi and it has now turned its attention to the new Raspberry Pi...