TU Wien has developed a sensor for measuring the strength of electric fields, which is much smaller, simpler and less prone to distortion than comparable devices. 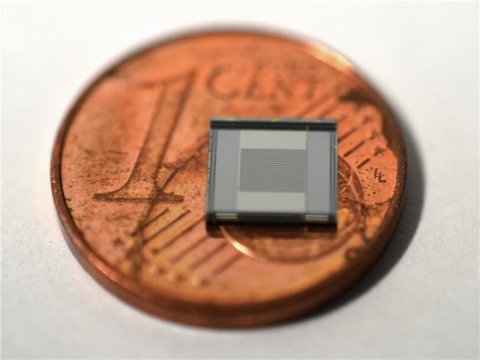 Accurately measuring electric fields is important in a variety of applications, such as weather forecasting, process control on industrial machinery, or ensuring the safety of people working on high-voltage power lines. Yet from a technological perspective, this is no easy task.

In a break from the design principle that has been followed by all other measuring devices to date, a research team at TU Wien has now developed a silicon-based sensor as a microelectromechanical system (MEMS). Devised in conjunction with the Department for Integrated Sensor Systems at Danube University Krems, this sensor has the major advantage that it does not distort the very electric field it is currently measuring. An introduction to the new sensor has also been published in the electronics journal “Nature Electronics.”

“The equipment currently used to measure electric field strength has some significant downsides,” explains Andreas Kainz from the Institute of Sensor and Actuator Systems (Faculty of Electrical Engineering, TU Wien). “These devices contain parts that become electrically charged. Conductive metallic components can significantly alter the field being measured; an effect that becomes even more pronounced if the device also has to be grounded to provide a reference point for the measurement.” Such equipment also tends to be relatively impractical and difficult to transport.

The sensor developed by the team at TU Wien is made from silicon and is based on a very simple concept: small, grid-shaped silicon structures measuring just a few micrometres in size are fixed onto a small spring. When the silicon is exposed to an electric field, a force is exerted on the silicon crystals, causing the spring to slightly compress or extend.