Sphero, the company behind a series of roly poly robots, is crowdfunding its next member of the family, to be named RVR (pronounced ‘Rover’).

The company created a Kickstarter campaign that has already exceeded its NZ$219,186 goal by almost four times that amount – in total the project has attracted NZ$818,197 from 2019 eager pledgers. 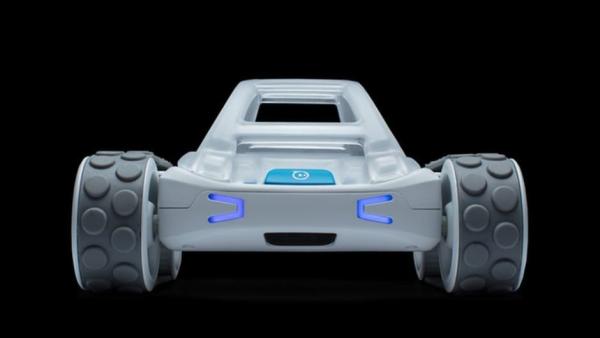 What makes RVR so special? According to its Kickstarter page, RVR is not just a gimmicky unchangeable object – it’s one that users can tailor to their own needs.  It’s a step up from Sphero’s other creations such as its Star Wars’ BB8 droid robot.

RVR is an all-terrain, drivable robot on wheels. And here’s the kicker: It’s hackable and customisable, which opens up many doors for those who like to tinker with robots for fun or for education.

The prototype version includes a universal expansion port and onboard power so it can run third party software including Raspberry Pi, BBC micro:bit, and Arduino.

So whether it will be a security patrol, environmental sensor, voice assistant, a weather sensor, or a bot that retrieves the dog’s bone, it’s really up to the people.

While the bot comes fully assembled, the fun starts when you dive under the hood, RVR has a vector-based, closed-look control system that allows the bot to navigate obstacles and uneven surfaces.

Or in Sphero’s words, “RVR uses high-resolution encoders and an onboard 9-axis IMU with proprietary algorithms to drive, correct, and navigate based on heading and relative position. Driving straight sounds simple enough, but it takes some serious science and complex tech to drive perfectly straight, arc, and stop with scalpel-like accuracy.”

If this is all a bit much for those who like to just control robots, RVR works like any other robot in conjunction with an in-app joystick.

Another fun little feature of RVR is its downward-facing colour sensor that can react to colours, which means users can create code that changes depending on the colour.

“For example, you could create a wide colour border and program your own edge-detection; you could program custom movements or change LED colours based on detected colour values; or plaster the floor with coloured construction paper and then program RVR to trigger different sounds in the app as it drives over them.”

There are also infrared sensors, LEDs, ambient light sensors and a rechargeable battery, all of which make RVR a kitted out little bot that can travel at more than 2 metres per second.

Is this the future of hackable consumer bots? If Sphero’s ambitions are anything to go by, we might just have a winner.

Smart thermometers are not the cheapest gadgets around but if you have a Raspberry Pi 3 model B mini PC gathering dust or fancy...