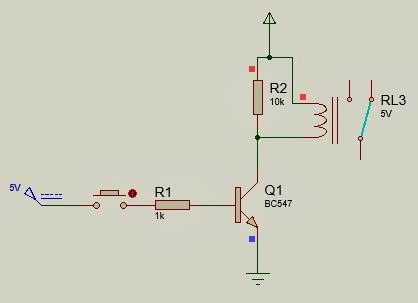 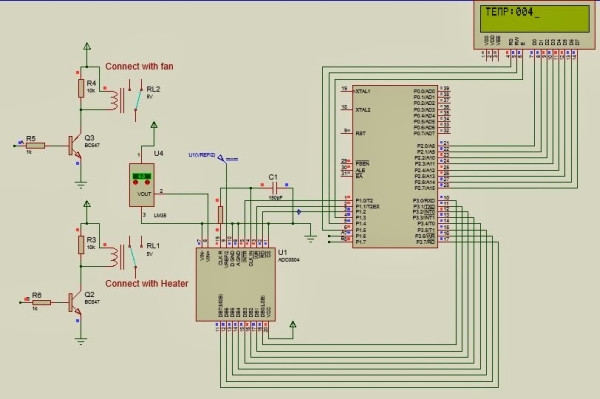 In the schematic shown above pin 1^6 and 1^7 is connected to the resistor attached in transistor Q2 and Q3 respectively.
Since, this project is especially designed to control external devices like fans, heaters, coolers etc which mostly use ac power for operation. To control these devices through microcontroller relays are used as shown in figure a(two in left side of schematic).Also the currents from ports of microcontoller are unable to drive the relays,
For more detail: Temperature based device Control system using LM35

Dimmer With  MOSFET This circuit shows that dimmers intended for use at mains voltage do not always have to contain...