Tiny, pill-sized cameras are frequently used in the medical field to visualize the gastrointestinal tract, particularly areas not readily accessible by bulkier devices. Increasingly, consideration is given to using these devices in patients who cannot tolerate, or are otherwise unwilling to undergo, a conventional colonoscopy. The possibility of displacing or augmenting these methods with tiny, non-invasive devices is very exciting. 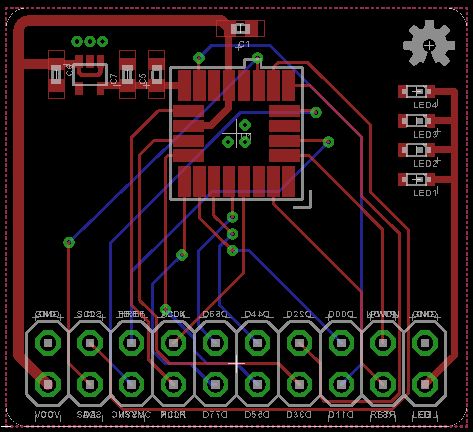 Unfortunately, pill cameras can be very expensive, costing hundreds of dollars for what is effectively (sure, just wash it off!) a one-time-use device. These devices also inevitably involve closed-source hardware/software and sophisticated manufacturing not available to the average person.

The challenge of this project is to build and prototype an open single-camera pill-sized capsule camera usable for medical applications. The design will also be sufficiently modular and adaptable to accommodate other space-constrained applications.

A capsule endoscope, also known as a capsule camera, is a tiny camera that can be safely swallowed and passed through the digestive tract. The device uses one or more camera sensors to capture images of the gastrointestinal tract and is useful in diagnosing or evaluating a myriad of diseases or dysfunctions of the digestive system. Many configurations are possible, but the core functions boil down to (1) capture images, (2) process and either store/transmit the image, and (3) operate continuously for 24-48 hours.

This kind of device is especially convenient for evaluating hard-to-reach places (such as the distal small intestine). It is also useful in situations where the patient cannot (or refuses to) tolerate more conventional approaches such as colonoscopy or esophagogastroduodenoscopy (EGD a.k.a. upper GI endoscopy). Though capsule cameras have not supplanted these conventional, “Gold-Standard” methods, they nevertheless have become an invaluable medical tool.

Why do this project?

Short version: I think it would be fun to build one.

Long version: Around the hospital, I have occasionally had the privilege of seeing these devices in action. The branded, FDA-approved versions used in real human patients are incredibly sophisticated systems with years of research and safety testing behind them. Like most things in medicine, they are also incredibly expensive and, understandably, highly proprietary. Devices like these take millions of dollars to develop and years (even decades) of research and development before they even see human trials, let alone actual sales. Overall, it’s pretty inaccessible technology.

Still, the proliferation of tiny, versatile cameras in phones, tablets, and elsewhere made me wonder if it would be possible to develop a capsule camera with off-the-shelf parts and open software, and build it with materials, manufacturing, and resources readily available to the amateur hacker.

Crazy? A mini 2MP camera module in a 8mm x 8mm package can be bought on eBay for <$5. Incredibly powerful 32-bit micros have become completely accessible to total novices. A 4-layer board with 5mil pitch can be had for $10 per square inch (of note, I estimate the total board area needed for this project to be barely 1 sq inch. Even relatively cheap 3D printers may be able to make a suitable enclosure. This is hardly crazy (ok, maybe a little).

Full disclosure: I do not at this time have plans to ultimately test this device on living (human or otherwise) subjects. That particular ethical and legal minefield is not something to shoot for at this time.