Get Started With Raspberry Pi

Hello everyone. Welcome to my First Instrucatble. You may be asking yourself “I want a Raspberrry Pi, but I don’t know how to start.” If you have ever asked yourself this thought, than this is the right Instrucatble for you. In this guide you will learn what Pi is best for you, how to download the software, and how to set up the Pi’s hardware. I hope you learn something and vote for it in the Pi/e day contest. 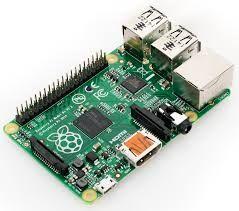 So What is a Raspberry Pi

“The Raspberry Pi is a series of credit card-sized single-board computers developed in the UK by the Raspberry Pi Foundation with the intention of promoting the teaching of basic computer science in schools” (Wikipedia).

This computer can be used for monitoring humidity and weather, automating your home, and it can also be used as a desktop computer. There are many types of Pis, in the next step I will give the details on each.

The materials needed to start a Raspberry Pi are:

A Raspberry Pi (Look at step 2 to select one)

A monitor with an HDMI input (Any HD TV will work)

A SD/micro SD card (Depends on type of Pi)

USB hub for the model A+

Step 2: Deciding What Pi to Buy

The oldest two Raspberry Pis are the model A and B. The model A had one usb port and 256mb of RAM. This model is discontinued and was sold for $35. The model B is a lot like the model A, but it had two usb cables and 512mb of RAM. It can still be bought at Adafruit for $40. These two versions have a 26 GPIO pin input, allowing other boards to be placed on top of the Pi. Also they both use an SD card to load their operating systems. 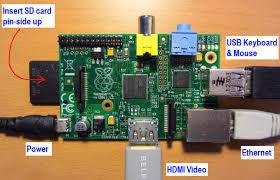 The next revision of the Raspberry Pis are the + versions. The A+ is a much slimmer version of the model A. It has 256mb of RAM, one usb port, and 40 GPIO pins. It is priced at $20 and it can be bought at Maker Shed.

The model B+ has 512mb of RAM, four usb ports, and it uses a micro SD card to load software. It also has 40 GPIO pins. This is currently the most popular version of the Pi. It is priced at $30 and it can be bought at Chicago Electronics Distributors.

The most recent version of the Pi is the model 2B. This has 1gig of RAM, four usb ports, and it uses a micro SD card to load software. It has 40 GPIO pins and it is priced at $35 and it can be bought at Element 14.

Those are the versions of the Raspberry Pi, the next step is how to download the NOOBS software to a micro SD card.

For more detail: Get Started With Raspberry Pi

Powering a Raspberry Pi with a 5W solar panel

My plan was to make a solar powered raspberry pi. To run a Facebook AIML chat bot written in c#....