I recently remodeled my home office and I now have a dedicated closet for my electronics (Server, NAS, AV Receiver, etc.) During the build I planned for heat remediation by installing an exhaust fan that dumps air from the closet into my adjoining office. However, the temperature in the closet hovers around 90°F (32°C), even with the fan on. Although this temperature is within hardware thresholds, it’s a bit warmer than I would prefer. To get a better understanding of my heat dissipation needs, I decided to monitor and record temperature fluctuations over several days to see what temperature ranges I was experiencing. 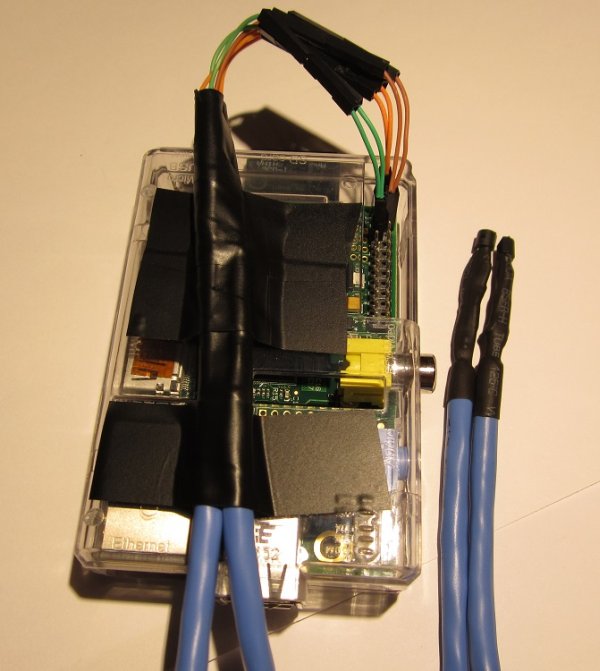 The solution to my problem was a DS18B20 Digital Temperature Sensor IC which I found on Amazon.com. The DS18B20 uses the 1-Wire communication bus which is perfect for the BCM GPIO4 pin (PIN 7) on the Raspberry Pi. Other caveats, you can work with the DS18B20 from the Linux terminal, and you can connect multiple 1-Wire devices, in series, to PIN 7.

I had some spare CAT5e cable so I stripped and soldered 3 wires to the three pins on the sensor – orange for +3.3v, brown for ground, and green for data. Also, the DS18B20 requires a pull-up resistor between the power and data leads.

Then, I used electrical tape to insulate the exposed areas and I shrink-wrapped everything to protect the connections.

To the other end of the CAT5e cable I attached three female jumper wire cable housing connectors. These will principally be used for quick connections to a splitter rather than connecting directly to the Pi because I need to connect several devices to a single pin (specifically PIN7 for 1-wire).

Next, I manufactured three tiny Y-splitters (2 male to 1 female) to join the VDD, DQ, and GND lines from 2 sensors before connecting to the Pi.

Finally, I made a second sensor and attached both to the Raspberry Pi using the following arrangement.

Here is the finished build. Note the three splitters are plugged into PIN1 (orange/3.3v), PIN6 (brown/GND), and PIN7 (green/data). 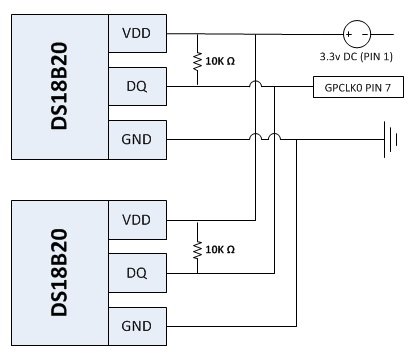 Here is what my terminal window looks like after running the above.

Audi is fitting laser headlights as standard on its limited-edition Audi R8 LMX. Lasers are away of adding intensity to...