In the ever-increasing uses cases for the Raspberry Pi, one major way to add an extra functionality to the Raspberry Pi is making use of Pmod Modules. Pmod devices or modules are trademarks of Digilent Inc. They are set of small input and output interface boards that can be used to extend the capabilities of a development board. 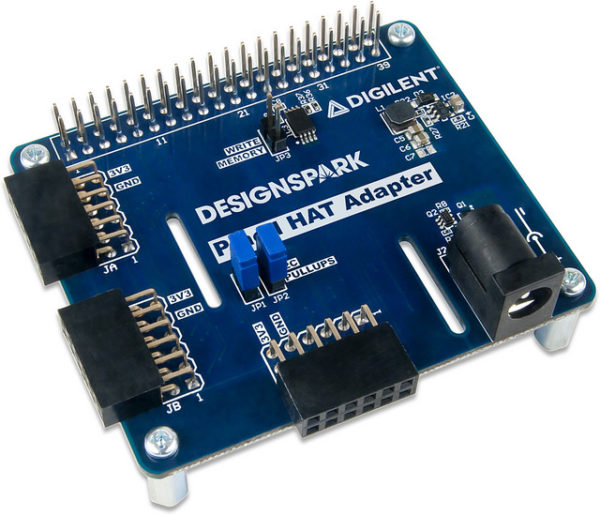 The teams from DesignSpark and RS Components has released a $15 expansion board called the Pmod HAT, that allows the functionality of Pmod modules be added to the Raspberry Pi in an easy plug and play manner. The DesignSpark Pmod (Peripheral Modules) HAT allows one to interface the Raspberry Pi with any one of the multitudes of diverse Digilent Pmods that are available from RS Components like the PmodAD1 (a two channel 12-bit ADC module), PmodISNS20 (a high accuracy Hall Effect current sensor), PmodOLEDrgb (an organic RGB LED module with 96×64 pixel display), and many others.

The Pmod HAT Adapter is currently able to support up to six Pmod modules, three Pmod modules can be connected through the 3 extend Pmod interface and the rest through the additional I/O available via the Raspberry Pi 40-pin GPIO connector. It includes an EEPROM that stores a device tree fragment which is used to identify the module and configure the OS and drivers.