SwitchDoc Labs is in the process of building a Solar Powered Raspberry Pi Weather Station.   The design will be released as a SwitchDoc Appnote, an Instructable and a series of posts on SwitchDoc.com.  We are right in the middle of putting the physical parts into a weather proof box. 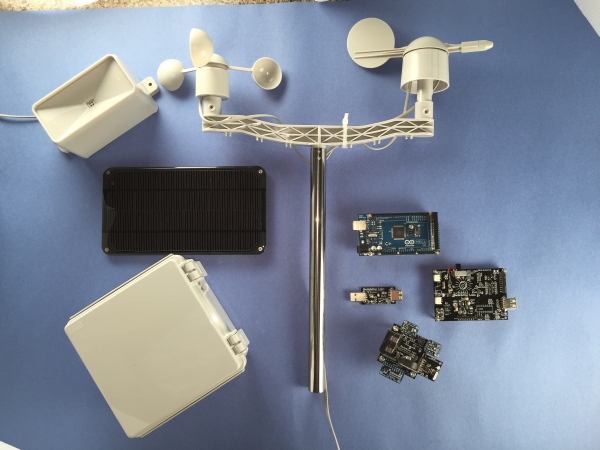 We will be releasing the entire base software package in April 2015.  If you are rolling your own, the base drivers have been released.

SwitchDoc Labs has now released the first version of the Arduino C++ Class software for the WeatherPiArduino board.   You can find it here on the switchdoclabs github.  The Raspberry Pi Pure Python Software is here.

This board will interface with both the Raspberry Pi and the Arduino.

We are using RasPiConnect for our control panel.

For more detail: Solar Power, Weather and the Raspberry Pi

The RPC is a MIDI controller and implements the age-old 1980s serial MIDI bus, and the Protosynth must be capable...