Walabot Touchpad A low profile solution that can turn any surface into a touchpad for your laptop.Imagine using a book, a table, or a wall as a touchpad. Combined with projector technology, you can replicate touch screens on any surface. This project aims to bring this utility and ease of use by through simple socket protocols and Walabot, a consumer-level 3D imaging device.

As I wanted this solution to be both practical in everyday use and universally accessible, so I opted for the least hardware-intensive setup. To balance ease of setup with imaging accuracy, I implemented a basic configuration loop that runs each time the Walabot starts.

This tutorial covers the setup procedure for the Raspberry Pi and the cursor control on a host computer.

How Does It Work?

The project relies on a Raspberry Pi 3 client that takes readings from a Walabot Creator sensor (thanks Walabot!), and a host machine which in this case is my laptop.

The general user flow is as follows:

Setting Up the Pi

First, we need to set up the pi so that it’s usable and has all the necessary libraries installed. 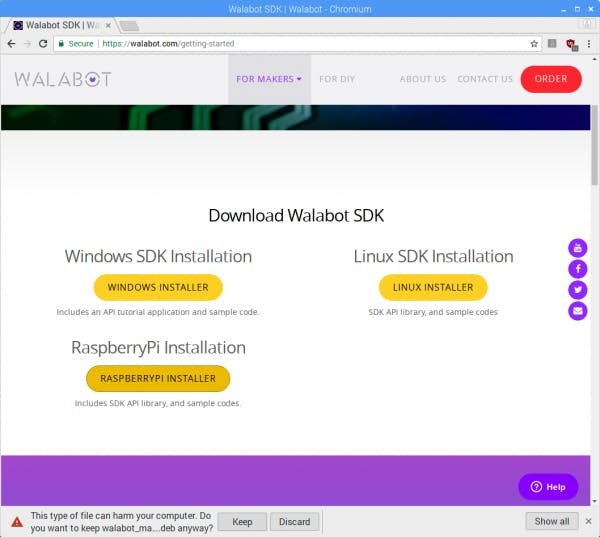 In summary, the commands updates the system’s package lists, and installs the WalabotSDK

This updates the installed packages and reboots the RPi.

Now this is where the Walabot comes in. It’s a 3D microwave imaging sensor that can do a whack load of things, from breathing sensing, seeing through walls, and detecting multiple targets. You can check em out on their youtube channel! 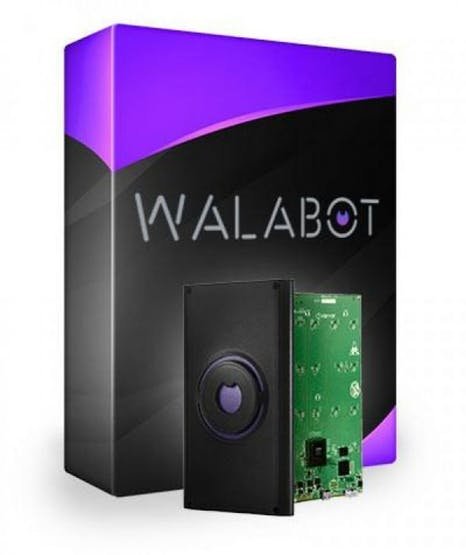 The functionality that’s really useful for this project is the RF tridimensional sensing, which can detect the x, y, and x coordinates of a target. Also, its dynamic filtering capability which removes static signals can be combined with it’s filtering of fixed reflectors, enabling you to track an object accurately even through other materials.

However one caveat of using such a powerful device is it’s high power consumption. The Walabot uses 400-900 mA, which is too high for the raspberry’s default USB output. This can be solved by navigating to /boot/config.txt and adding this line: max_usb_current=1.That’ll increase the max current to 1200 mA.

Making sure the Walabot detects only my finger when I want it to is key, or else my computer may randomly move the cursor, possibly even out of bounds. For my project, I interfaced with the Walabot API using the GetSensorTargets() function and turned MTI(Moving Target Identification) mode off to prevent the filtering of the finger signal over longer periods of time. I set the radius of detection (r) in my project to a maximum of 10 cm to set the arena to the area immediately above the Walabot. This changes based on the thickness of the material.

I tried setting the arena dimensions in x, y, and z values, but that only worked best on the short range profile which was only available on the Walabot developer edition. When I tried this on the default scanner mode, I got nearly zero target detection, probably as the scanner mode reads radially instead of through Cartesian coordinates. Thus I have set a standard scanner profile, set the arena radially, and convert the radial dimensions to Cartesian coordinates.

The target objects have x, y, z, and amplitude parameters, of which I only used the x and y values. As the y axis is along the length of the Walabot, I translated this to the x axis on the screen when the Walabot is placed horizontally like a touchpad. When I compare the coordinates to the arena bounds, I can find the relative location of the target to the arena and translate that to the relative location of the cursor on the host screen. 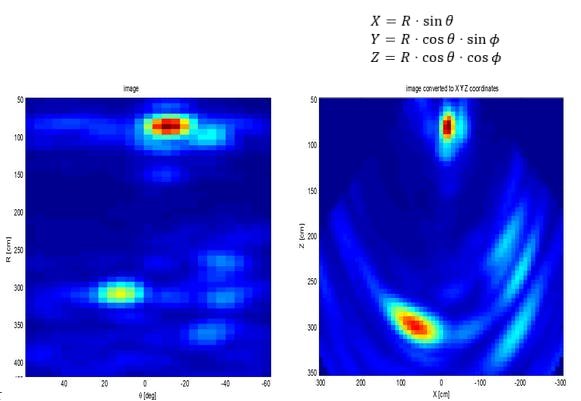 However, since my arena was initialized based on r, theta and phi values, I had to manually find the usable arena bounds through measurement of the lowest and highest values of the x and y coordinates. I then automated this at setup so that the program can find the bounds when the user slides their finger along the x axis and y axis. Even though there is formulae to convert polar coordinates to Cartesian, the set bounds differed from the actual measurable arena as it can’t take into account the interference of another surface on the registered area.

Argh! This turned out to be much more difficult to set up. I initially planned for the code to click the respective buttons on the mouse when the Walabot detectes two or more targets, but at the very moment in which the fingers enter the field of view, the Walabot detects one target, thus moving the mouse before clicking. 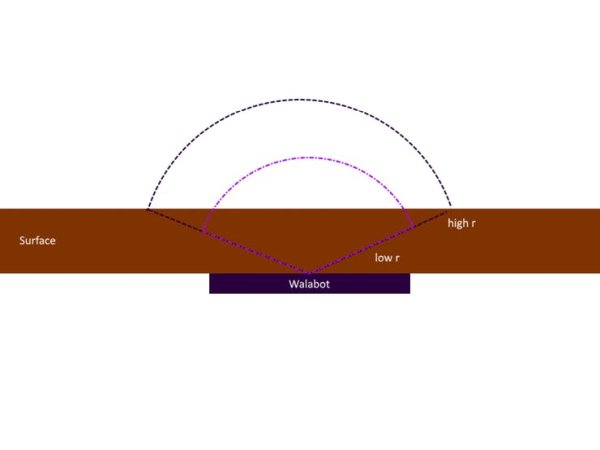 The difficult balance of maximizing arena area without increasing the z-range at the center
The obvious solution is to decrease the arena range itself, which naturally decreases the z-range. This has the side effect of producing a touchpad that’s too small to use. The other route I took was to manually filter out targets with a z-attribute that’s too high, but that doesn’t work as a target along the z axis is still registered higher at the edge than along the center. Amplitude doesn’t work as well, as it’s centered around the most sensitive part of the module. I considered manually changing the z-parameter value for all targets by adding abs(phi angle – 90 degrees) * multiplier to all targets, but unfortunately the phi angle parameter is not an accessible sensor target parameter. At the end, I could only solve this by either using a curved touchpad to match the curvature of the range of detection, or by getting a Walabot Developer edition.

Over the last few years the open-source RISC-V microprocessor has moved from existing only on FPGAs into real silicon, and...