This project started when I met Alvino. He is originally from the Bahamas and he was born unable to see. Today Alvino has migrated to Canada where access to braille embossers is subsidized by the government, but still they’re expensive, and repairs are costly. I started to think about building a machine for him to read music as he plays the accordion. 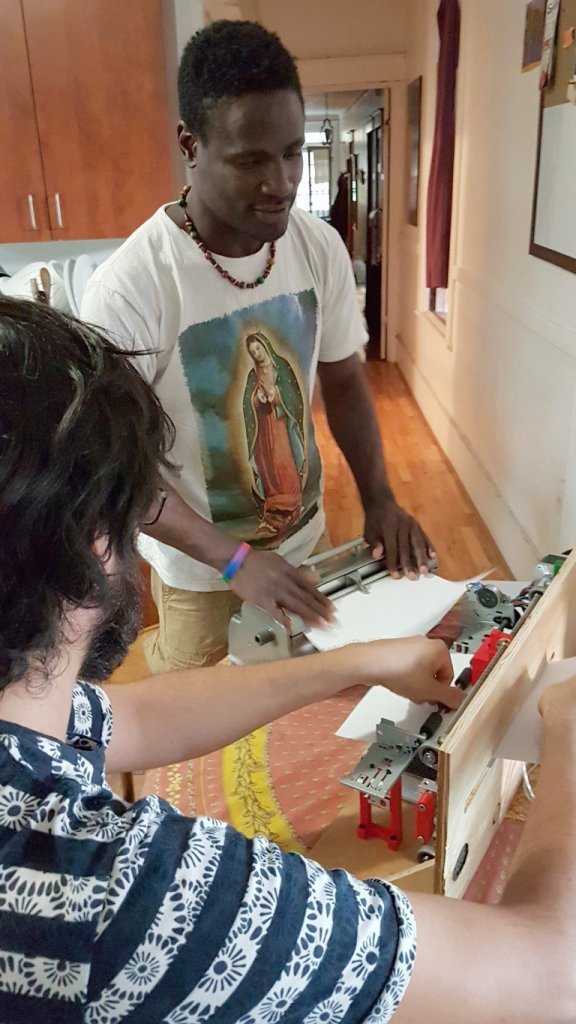 The initial idea led me to think about a system of pins and a rotary encoder to build a new kind of embosser. Commercial machines emboss the paper by impacting it all at once. OpenBraille uses a physical encoder and a roller; this way, the embossing is done gradually, requiring less force, so we can easily use 3D-printed parts.

I started by designing and printing the encoder. 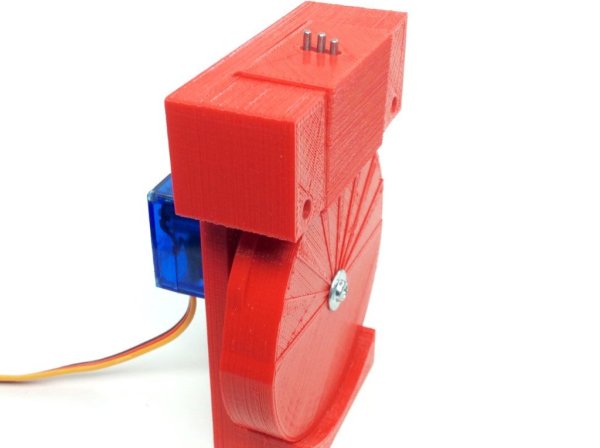 As the embossing head moves back and forth across the paper, three pins punch the braille dots. These pins are actuated by a 3D-printed encoder wheel with three separate tracks, in a cam-and-follower arrangement, to form each braille letter correctly.

The three encoder pins, each made from a nail and a hex nut, are the only components that have to be machined; you can use a Dremel and Vise-Grips.

I then used the typical components of a 3D printer and pieces of plywood to build the rest of the machine. 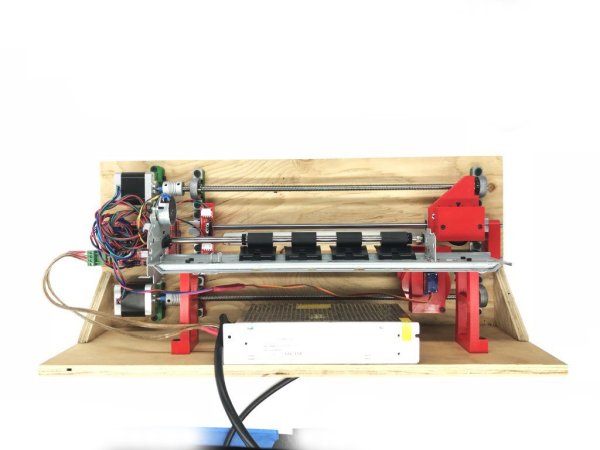 After three weeks of working day and night, I managed to emboss my first card. When I presented it to Alvino, he was able to read the message: “Hola Alvino.”

Because the braille printer is based on existing 3D printers, there was very little programming to do: I had to modify the firmware for the Arduino, and I wrote some Python code to translate the braille letters into G-code.

OpenBraille is a production of LaCasaLab, a homemade laboratory made by me and my roommate Christelle Fournier. Special thanks to Sensorica and Eco2Fest, and to David Pache who programmed the user interface. The project also won grand prize in Instructables’ 2017 Arduino contest.

This isn’t, by any means, a finished product. By making the machine an open source project, I’m hoping others will improve the design. If you’re curious or you want to help out, feel free to follow our tutorial and help us build a community around OpenBraille.

Banana Pi, a company that produces Raspberry Pi-type devices, is teasing its new 24-core server board running Ubuntu. The upcoming server board...