I have a driveway that is over 300 feet long and it is nice to have some advance notice that someone is driving or walking in.  Previously, I have used a very expensive IR beam-break detector.  It gave a lot of false alarms and eventually failed due to a lightning strike.  It also required that I run a very long cable that could survive outdoors, which added more expense.  It’s time to switch to a wireless sensor. 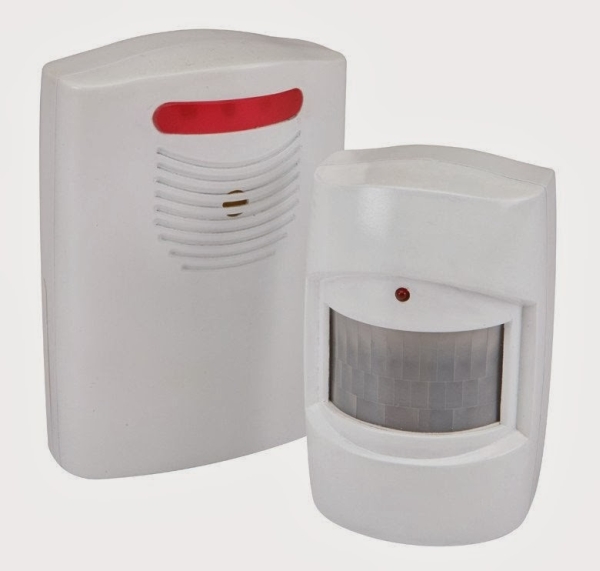 I found this inexpensive one at Harbor Freight ($17 with coupon.)  It is a simple, stand-alone alarm with a receiver that just flashes some LEDs and emits a tone.  It claims to work up to 400 feet and I verified that it works to at least 350 feet, which is good enough for my application.  I created the circuit described below to interface this to my Raspberry Pi based home alarm system.

The receiver can use 3 C-batteries or a 6V adapter (not included) and I found that it would work fine on 5V.  The simplest way to get a wired signal out of the receiver is to connect to one of the LEDs.  This picture shows how I soldered a wire to the positive side of the LED. 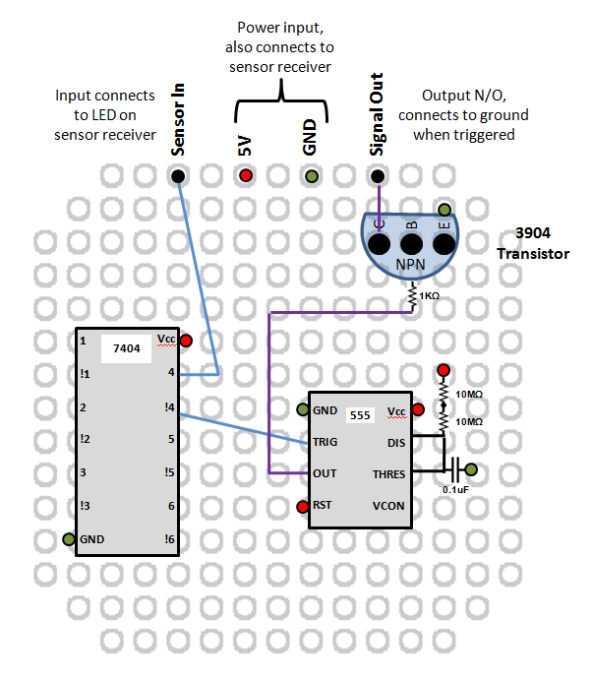 This will provide a very brief pulse of 5V, but I need to simulate a normally open switch that connects to ground when triggered.  Also, that signal needs to lasts for at least a second to guarantee that the Raspberry Pi will see it when polling the GPIO states.

The Raspberry Pi Smart Target was designed to be hit by the now famous Flying Monkey, but It can be...