Skip to content
The Raspberry Pi, just sitting there, asking to be played with…
As I looked over my existing projects I noticed this sad little lone R-Pi sitting on my desk. Some time ago I bought it. Played with it a bit, installed NOOB image on the SD card, connected I2C LCD text display to it and a shutdown switch and played a bit with GPIO programming in Python. I want to make a car trip computer out of this R-Pi. You know, a computer that will read car’s ECU via OBD2 port and display information in real time, like the average and current gas usage, trip time and length, how many miles left on the remaining fuel and such. In the future perhaps I could add a camera and trip log. This may be a cool project. I commute to work 15 miles, so there will be plenty opportunity to test the toy.
I remembered that this LCD screen, connected to GPIO pins via some prototyping wire (female connectors at both ends) gave me a lot of trouble related to poor contact, so I decided to upgrade it and make a dedicated connector with wires soldered to it. I also need a keypad for the project, but since I did not buy or make one yet, I just connected a LCD and a shutdown switch at this time.
The LCD takes just 4 wires – 5V, GND, SDA and SCL (I2C and power, Pi’s GPIO pins #2, 6, 3, 5 respectively). The unfortunate thing is that the R-Pi’s logic is 3.3V, however this display’s power voltage requirement and logic is 5V. Image 1: R-Pi with I2C LCD and shutdown switch connected before it was put in the case. 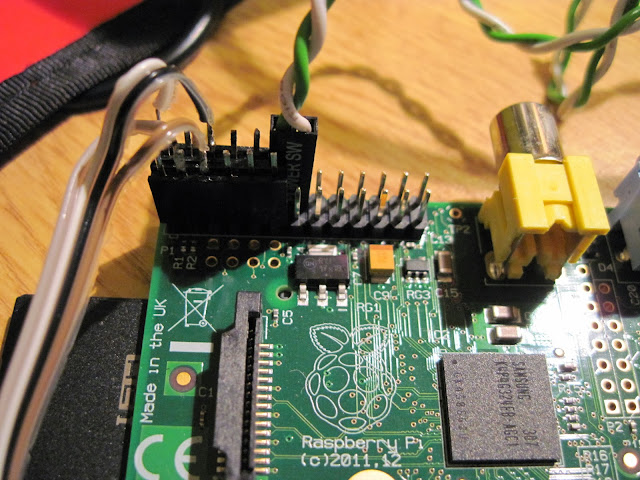 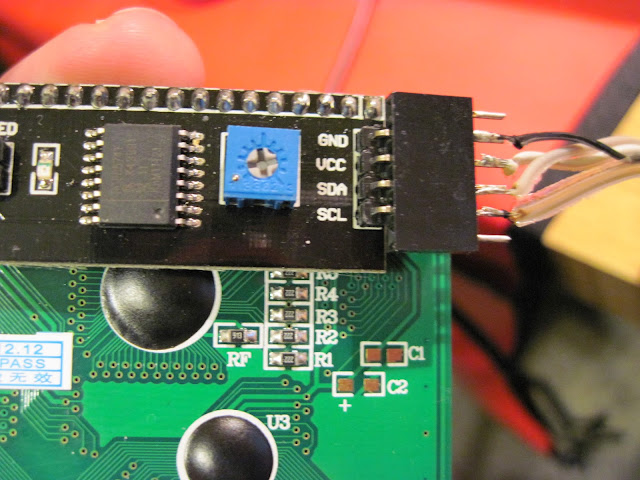 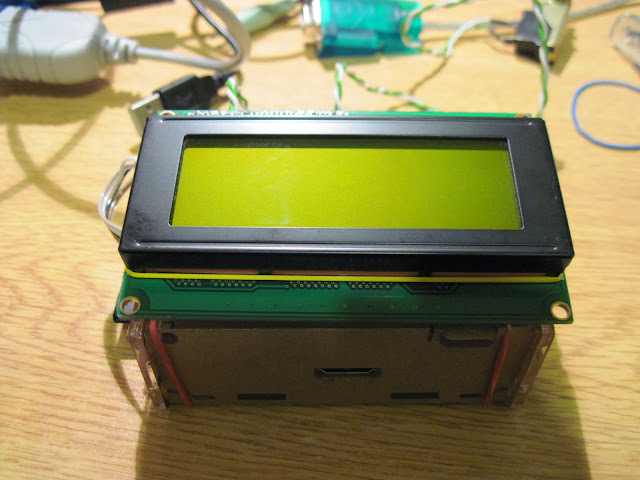 Image 4: R-Pi in case with LCD attached on top with the rubber bands. 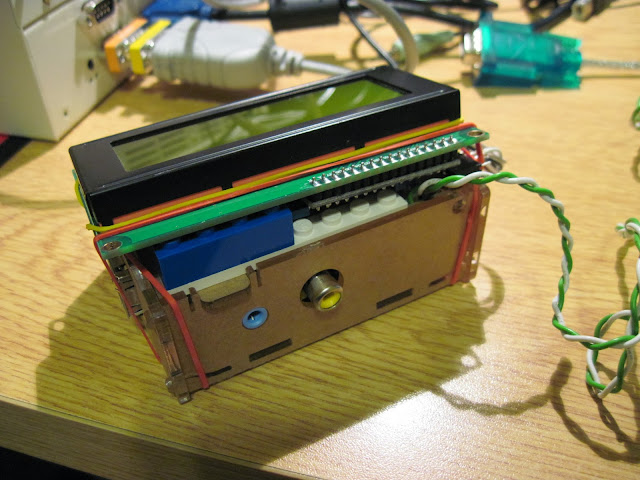 Image 6: R-Pi, back side view, a bit of creativity with a Lego (C) block supporting the LCD screen. 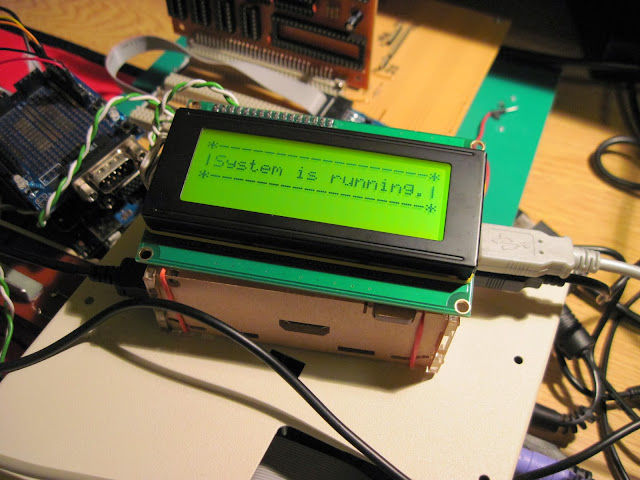 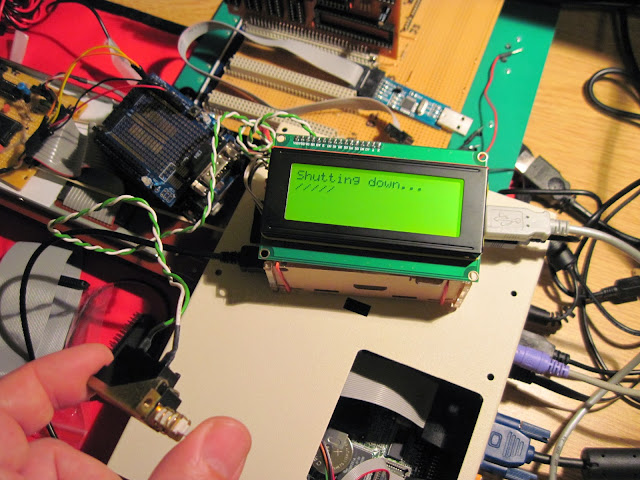 Well, this is it. Nothing much, but perhaps this article will help somebody doing first steps in R-Pi exploration or looking for the information related to the topic of connecting LCD or making a safe power-off switch for R-Pi’s embedded use (with no keyboard and HDMI display).
Thanks for reading.

In this brief guide we will show you how to connect up two LEDs to the GPIO ports on your Raspberry...