The maintenance of city streets is one of the most visible indicators of a city government’s performance.

Every year, US cities spend Billions of $$$ on the maintenance and upkeep of roads. The methods used to survey streets range from: 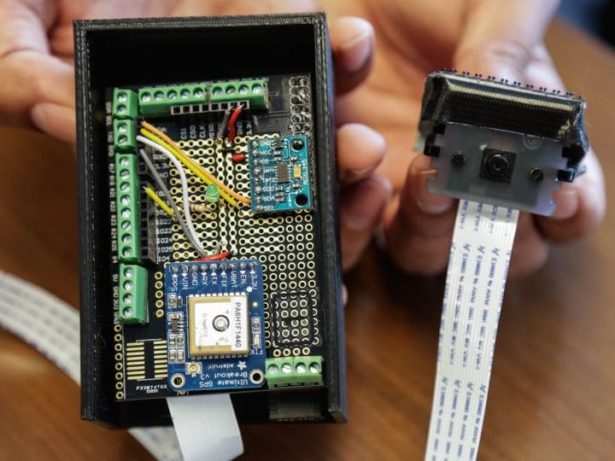 What’s missing is a low-cost method to collect data about street quality for ALL streets in a city in a consistent and methodical manner that answers simple question.

In a city, which streets are worse off than others?

How fast are these city streets degrading than other streets?

In an age of autonomous and connected vehicles, cities and municipalities should try and adopt low-cost digital approaches to be more proactive and responsive street maintenance.

To this end, we created SQUID, a low cost sensor platform using the $35 Raspberry Pi computer.  We combine it with an accelerometer (ADXL345) to measure overall ride quality aka “bumpiness”, GPS for location and a camera to passively collect imagery of the underlying street to provide a visual ground truth for all the city’s streets. In NYC’s case: that’s 6,000+ linear miles of streets!

In Fall of 2015 we conducted a pilot with the city of New York and the SCOUT Team and were able to collect over 400 miles of data from one device mounted on one vehicle in just over one week! If just 15 such devices were used on vehicles with distinct routes, we could achieve complete street coverage across the entire city in just a few weeks!

SQUID is a project of ARGO Labs, a nascent R&D organization that exists to pioneer a civic data science and rapidly prototype around Device, Data and Decision Making.

This project was a  recipient of the 2015 Prototyping fund from the Knight Foundation.

We started out by putting together the basic components on a breadboard – stuffing it into a delivery container and driving around our neighborhood to prove the initial hypothesis. Once we collected our initial dataset – we set to work to polish our “lump of clay”. We continue to refine and improve our product as we move forward. We are now focusing our efforts on working with city agencies to better understand the context and ensuring that the tech fits the problem not the other way around.

[Update Spring 2016: We are honored to be working with the City of Syracuse ! ]

Between April 14 – 28, 2016 – the city of Syracuse invited us to prototype SQUID on their streets. We collected over 500 miles of street imagery in 10 days with little to no human intervention, demonstrating this approach of inspecting the entire street grid. 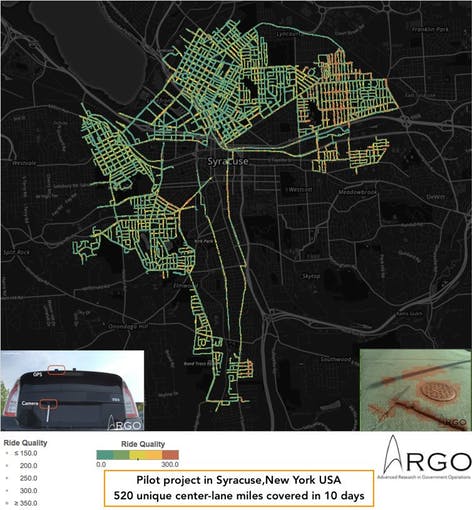 We have been able to use this image dataset to build our automated Computer Vision toolkit to partially automate the detection of street defects such as cracks and large potholes.

We welcome feedback, ideas and support on how  SQUID can be used to empower cities be more responsive and proactive around street maintenance.

An interface conveys information and allows the user to control things. Most home automation platforms rely on a “virtual interface...