Touchscreen drivers with support for 10-finger touch and an on-screen keyboard will be integrated into the latest Raspbian OS for full functionality without a physical keyboard or mouse. Turn your Raspberry Pi into a touch screen tablet, infotainment system, or standalone device and build your own Raspberry Pi Touchscreen Projects.

A year after it was first announced, the Raspberry Pi touch display finally launched on Tuesday. The new component means Raspberry Pi hackers can now experiment with an officially sanctioned 7-inch, 800-by-480, 10-point multi-touch LCD display for their Pi projects.

The $60 touchscreen does cost more than the Pi itself, but that comes down to component costs.

The screen uses a display serial interface (DSI) and digital parallel interface (DPI) that requires a driver board to interface with the Pi. The display also requires its own power connection, which can be shared with the Pi over USB. The connection between the Pi and the driver board relies on the DSI interface leaving the Pi’s HDMI port free to power a second display. You can read all about the display adapter decisions on the Raspberry Pi Foundation’s blog.

When you first get it, the display will also require a bit of assembly since the driver board and a few cables need to be connected to the display first. Future versions of the touchscreen will come already assembled.

The impact on you at home: You can definitely find cheaper displays, but typically not at this size or quality. The new Raspberry Pi touchscreen is available now from the Foundation’s Swag Store, as well as a limited number of Raspberry Pi suppliers. More retailers will get the touchscreen later in the week. The new touchscreen works with Raspberry Pi 2 model B, Raspberry Pi B+, and Raspberry Pi model A+. The new screen also requires the latest version of Raspbian to work correctly.

1. High-End Sound with 7 Inch Touchscreen Control Based on Raspberry Pi and Max2Play With the arrival of the new official Raspberry Pi Touchscreen, we were excited to find applications for it in our Max2Play system. Since audio applications have been one of our main focuses from the start, we immediately thought of a combination of sound card and screen. We had already created great bundles for both touchscreen and sound card solutions, but the combination was something we were still working on. Trade_Spotting is a well-known online brand specialized on development board and professional test equipments. As a professional and reliable seller, we source from SainSmart’s manufactory directly before testing and packing.
SainSmart 7 inch TFT LCD 800*480 Touch Screen Display for Raspberry Pi B+/ Pi 2
Click here to Buy It without Waiting!!

3. Audio Solution with Control and Visualization on a Raspberry Pi with Touchscreen (Squeezebox Touch functionality) We present you a possibility to select and control your Raspberry Pi audio player directly through a touch display. Our setup is based on the Squeezebox technology and therefore also enables multi-room audio solutions.
Our idea was to find a simple and affordable way to fill multiple rooms with sound. It should be part of the living environment and thus not take up too much space and not look too technical. Is this not the cutest little display for the Raspberry Pi? It features a 2.8″ display with 320×240 16-bit color pixels and a resistive touch overlay. The plate uses the high speed SPI interface on the Pi and can use the mini display as a console, X window port, displaying images or video etc. Best of all it plugs right in on top!

It’s designed to fit nicely onto the Pi Model A or B but also works perfectly fine with the Pi 2 or Model B+ as long as you don’t mind the PCB overhangs the USB ports by 5mm. 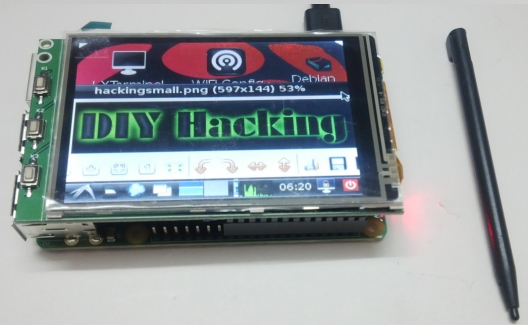 Touchscreen displays are always one of the coolest things that you can add to a raspberry pi. Having a neat display always boosts the overall funk of your project. You can build upon a prolific number of applications using portable TFT LCD displays. Maybe create even your own customized smartphone. However, most displays are not used because they are expensive and are really complicated to interface with the raspberry pi. 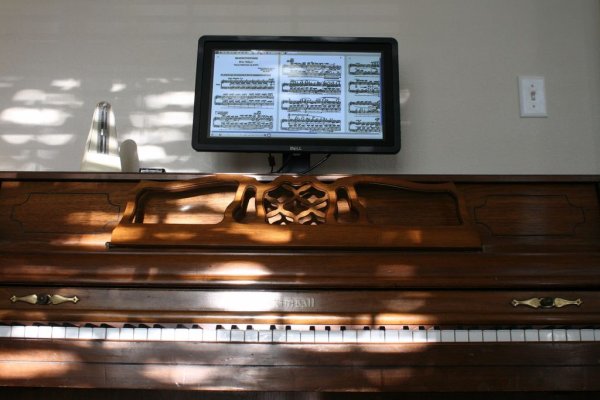 IMSLP is one of the greatest things to happen in the classical music world in recent memory. For those who don’t know, IMSLP.org is an online library of any and all sheet music that is no longer under copyright protection. You can find pretty much anything written by Beethoven, Bach, et al up until early 20th century stuff. There are a wide range of off-the-shelf OBD-II car computers available for purchase, but the majority of them are either prohibitively expensive or simply unreliable. Furthermore, almost all of these devices are closed-box systems that cannot be expanded or modified. As such, this project aims to create a Raspberry Pi-powered OBD-II car computer that will allow data from the ECU of a 1997 BMW M3 to be displayed on an interactive touchscreen GUI. There are quite a few displays out there that can be used with the RPi. Apart from those having an HDMI adapter or being connected via the composite output most bare bones displays have a parallel or serial data interface. Both of these last two types have to be connected via the SPI interface on the GPIO header. This means that those displays with a parallel data connection need to be interfaced via some sort of serial to parallel converter. In this project we’re building a portable Raspberry Pi using the model A+, PiTFT 3.5” display, Powerboost 500C and a 2500mAh lithium polymer battery.
We designed this very simple case in CAD – It’s a two part enclosure that’s fasten together with screws. All the components are panel mounted and fit nicely in a small little enclosure.
This is a great starting point to build on top of, because you can modify the parts to fit your project and reuse any components – It’s a very modular design and it’s open source so you can make it yours. To avoid using an HDMI monitor the cost well above that of Raspberry Pi, in previous articles we have always gone the way of connecting remotely to the microcomputer, using tools such as Putty and WinSCP. This approach has always bound to use Raspberry Pi in a “server” mode. Therefore we have always presented applications with user interface built to be accessible by web browser.